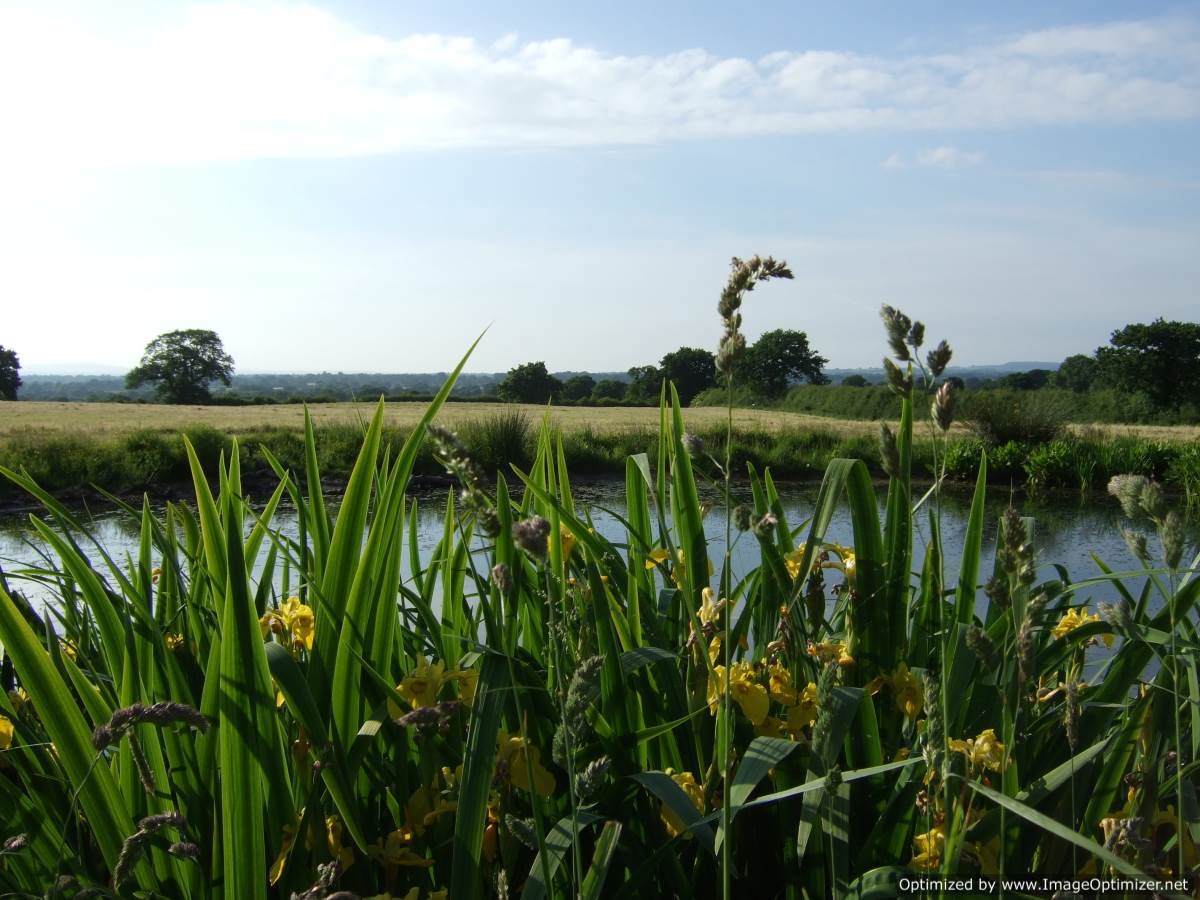 Burial methods have become more diverse over time, allowing those who have passed to leave this world in increasingly eccentric manners. Space burial company, Ascension Flights, discuss how they scatter ashes into the cosmos.

Before Ascension Flights was born, there was SentIntoSpace, which was set up while its founders Dr Alex Baker and Dr Chris Rose were still at the University of Sheffield completing their PhDs in mechanical engineering. Entering a competition in the National Geographic in 2010 to take a photograph from a ‘unique angle’, the team attached a camera to a weather balloon and and quickly became inundated with requests from people interested in conducting flights with them.

The idea of sending ashes into space in a similar manner was one that the duo had from the start, however, it wasn’t until considerably later that the idea of carrying out space burials came to fruition. “Ashes was actually a very early suggestion but we just didn’t have the technology available at the time to do it safely and reliably.” Chris says, “We came back to it in 2016 following a significant expansion of our team and launched the Ascension Flights brand in 2017 with our first flight for a customer.”

Ascension Flights, a collaborative of funeral directors and high altitude imagery specialists, has handled the transportation of important, sentimental items worth tens of thousands of pounds such as wedding rings and experimental equipment, but nothing comes close to the value of carrying the ashes of a client’s loved one – putting a new kind of pressure on the company. “We simply knew we needed to do it properly – the visual has to look great of course, but once the ashes are in the payload there is only one chance to get it right,” Alex explains. “If there is ever a flight we need to absolutely get right every time, it’s Ascension.”

Neither Chris or Alex had any experience in business or in the funeral sector before they set up their company. But over the years, with the help of friends and family and after carrying out over 250 high altitude balloon flights since 2011, the two have managed to turn the firm into what it is today. “Going through that learning process also means we’re perhaps a bit more willing to adventure into unknown territory than some businesses,” Chris says.

When it comes to planning a flight, permission is required from the Civil Aviation Authority, which can take around 28 days to process. Chris explains, “Once this is completed we move into a ‘launch window’ of two to four weeks.” As with any emotion-filled event, it is important that every aspect has some sort of sentimental meaning to those involved, and that includes the site from which the ashes are launched into space. Almost any location is potentially suitable for an Ascension Flight, as long as it has a 90 degree ‘cone’ and it is done outside of the time restrictions the particular location might have in place. Otherwise, the company has blanket airspace permission at its site in Sheffield, and flights launched from there are available at a discounted rate from the company’s ‘Memorial Scattering’ package.

The ashes are transported in the sealed pod cargo of a high altitude balloon – referred to as a payload – which travels at a speed of 12-15mph, a speed which remains relatively constant during its flight. The balloon ascends as high as 115,000 feet while the mechanism to release and disperse the ashes is triggered at 100,000 feet to avoid any incidences of a balloon bursting and descending back to earth before it has managed to scatter its contents. The path of the balloon must also be taken into consideration as depending on wind and weather conditions, the spacecraft has the potential to travel over a very wide landscape meaning it could descend in an unpredictable zone with no one to collect it. “Horizontal speed – we don’t often see past 40-50mph even in the highest levels of the atmosphere where wind is largely unidirectional, however, the fastest speed we have ever recorded on a payload is 236mph” Alex says. “The flight path is determined by wind conditions in the stratosphere and landing can range from a few miles away from the launch site, to our record flight of 229 miles and most likely beyond.” For this reason, it is important that the potential destination of the balloon is pre-planned as Alex adds, “We can predict the flight path about seven days in advance and lock in on an accurate flight path within around 72 hours of the flight.”

While Chris and Alex may opt to conduct SentIntoSpace flights in rain, snow and winds as fast as 20mph, it is something they avoid when carrying the ashes of customers’ loved ones to reduce any risks. Alex states, “On the ground we just need a wind speed below around 10mph, and for an Ascension launch we will avoid rain or otherwise poor weather.”

Filling the balloon and preparing the payload is a process which takes roughly 45 minutes to an hour. “During this time loved ones are welcome to attend and the majority of our flights are conducted from a special place with family and friends in attendance.” Chris says. “Each customer is unique and we do our best to accommodate around a fairly technical process, in the past this has been simple touches such as a song played on a portable speaker at the moment of a launch, or a few words from a family member.” The flight lasts two and a half hours and is recorded using video systems held in the pod; its flight is also tracked by Ascension’s computer so they know exactly where it will land, as Alex points out that they are “very rarely more than 15 minutes behind the payload”. He adds, “While the ashes are all released at the top of the flight, it’s important we recover the device for reuse and ultimately to avoid littering the planet!”

The release of the ashes works as the balloon bursts at its triggered height, sending the payload into freefall. The payload is carried on a ‘passive parachute system’ which is open throughout the flight and begins “to fill as the air it is falling through becomes ‘thick’ enough to offer resistance.” The parachute helps the ashes come to a calm descent at the speed of 10mph, rather than the 200mph it would otherwise be returning to earth at. Chris says, “The significant majority of the ashes will fall immediately back down to the Earth. It’s difficult to model exactly how this process works however we can look to established research on volcanic ash to better understand.” Volcanic ash from the largest volcanoes is only ejected to around a third of the altitude of Ascension’s balloons, and from this altitude can be scattered over thousands of miles. Ascension notes that it has been suggested that molecular portions of the ashes released could escape the Earth’s atmosphere, but there really is not a way of measuring or modelling this.

Loved ones can watch the flight of the ashes on the footage captured on the video system and stored on an Ascension USB. The USB stick contains two versions of the flight; the full two and a half hour journey, and an edited condensed version of the ash scattering.

The unique aspect of launching the ashes of a loved one into space isn’t the only attraction with Ascension Flight’s space burials. The company acknowledges the spiritual value and awe attached to what is beyond our atmosphere, Chris points out, “It’s no coincidence that heaven has historically been depicted as being high above the earth’s surface – human beings seem to have an innate fascination with the sky above.” He adds, “For many people, space travel represents adventure into the unknown, human excellence and scientific advancement. Sending your ashes into space is a way to share that sense of wonder with your loved ones even as you leave their lives for the last time.” There is also a celebrity angle attached to the space burials, as anyone who is a fan of Star Trek may know that the creator Gene Roddenberry had a small portion of his ashes sent into orbit in 1997, as did actor James Doohan who played Montgomery “Scotty” Scott . It also appeals to those with a lust for adventure and travelling, as it serves as an alternative to those who may want to be scattered in different places around the world, or those who may want to go around the world one last time after death.

Aside from the personal satisfaction it might provide to the clients of Ascension Flight, the scattering of the ashes is used to enrich and once again, become one with the earth. “Cremated ashes are particularly rich in phosphates, calcium, potassium, and sodium.” Alex explains, “While these are all essential for plants, in concentration they can actually be detrimental (although not at all lethal), so scattering over an extremely wide area ensures that individual particles can be safely absorbed and more importantly used by plant life.” As well as the ashes being used to benefit the environment, the balloons themselves are also ecological, as Alex describes the impact of a balloon bursting in space as ‘negligible’. Once the balloon has burst, the majority of the material returns back to earth along with the payload. He continues, “The balloons are designed to split into thin ribbons at the top, which remain attached to the neck. The small fragments that do separate biodegrade in a similar time frame to an oak leaf, as the balloons are made of untreated natural latex.” Alex adds, “The main impact is simply the fuel consumption in driving from the launch site to the recovery site.”

Whatever the reason or outcome a client may have for opting for a space burial, Ascension Flights continues to partner with funeral directors to make each flight ‘completely unique’ for all its clients.